Under the terms of the agreement, Terumo has the exclusive rights to distribute the CytoSorb cardiopulmonary bypass (CPB) procedure pack for intra-operative use during cardiac surgery in France, Sweden, Denmark, Norway, Finland, and Iceland.

“Our collaboration with CytoSorbents enables us to offer this innovative, easy-to-use blood purification therapy to address our customers’ most challenging cardiac cases,” stated Arik Anderson, President of Perfusion and Surgical Devices Division at Terumo. “CytoSorb integrates with the heart-lung machine platform, giving surgical teams, for the first time, the ability to safely reduce dangerous inflammatory mediators in real-time as they are being generated during cardiac surgery.”

“We believe Terumo’s extensive relationships in cardiac surgery centers, combined with the benefits and simple implementation of CytoSorb, will accelerate adoption of CytoSorb as a cost-effective, standard-of-care therapy to control severe inflammation in patients undergoing cardiac surgery,” said Anderson.

“We are proud to begin working with Terumo,” commented Dr. Phillip Chan, Chief Executive Officer of CytoSorbents. “Terumo has an outstanding reputation for its commitment to the highest level of patient care, making it the ideal cardiac surgery partner to advance CytoSorb in these European countries.”

Chris Cramer, CytoSorbents Vice President of Business Development added, “The success of CytoSorb under this agreement provides the foundation for future expansion into strategically important markets, such as Japan, where Terumo is a leading medical device manufacturer.”

There are nearly 92 million people in France and the Nordic countries of Denmark, Finland, Iceland, Norway, and Sweden. Citizens of these countries are covered by universal healthcare funded by the government, but many supplement their healthcare with private insurance. France is the second-largest medical device market in Europe, spending nearly $300 billion annually on healthcare. Sweden, Denmark, Norway, Finland, and Iceland are among the highest GDP-per-capita countries in the world and collectively spend approximately $142 billion on healthcare each year. Across the territory, it is estimated that about 70,000 heart surgeries are performed each year.

CytoSorb is CE Mark certified as an extracorporeal cytokine adsorber to reduce the excessive production of inflammatory mediators in a broad range of conditions including cardiac surgery. Worldwide, over 1.5 million open heart surgeries are performed annually. Many procedures require extended surgical times on the heart-lung machine for cardiopulmonary bypass which could result in increased destruction of blood cells, production of toxic free hemoglobin, cytokines, and other inflammatory substances that can trigger severe inflammation. Left untreated, this inflammation may lead to hemodynamic instability, an increased need for vasopressor and extracorporeal life support, and an elevated risk of organ dysfunction and failure. CytoSorb therapy has already been used safely in thousands of cardiac surgeries as a new strategy to regain control of severe inflammation, with the potential to improve surgical outcomes, reduce post-operative complications, and lower the overall cost of care.
Financial terms of this agreement have not been disclosed.

About CytoSorbents Corporation
CytoSorbents Corporation is a leader in critical care immunotherapy, specializing in blood purification. Its flagship product, CytoSorb is CE Mark certified and is currently distributed in 37 countries around the world as a safe and effective extracorporeal cytokine adsorber, designed to reduce the „cytokine storm“ or „cytokine release syndrome“ that could otherwise cause massive inflammation, organ failure and death in common critical illnesses such as sepsis, burn injury, trauma, lung injury, and pancreatitis, as well as in cancer immunotherapy. These are conditions where the risk of death is extremely high, yet no effective treatments exist. CytoSorb is also being used during and after cardiac surgery to remove inflammatory mediators, such as cytokines and free hemoglobin, which can lead to post-operative complications, including multiple organ failure. CytoSorbents is currently conducting its REFRESH (REduction in FREe Hemoglobin) 1 trial – a multi-center, randomized controlled study evaluating the safety of intra-operative CytoSorb use with a heart-lung machine during complex cardiac surgery. In early 2017, the company plans to initiate a pivotal REFRESH 2 trial intended to support U.S. FDA approval. CytoSorb has been used safely in more than 14,000 human treatments to date.
CytoSorbents‘ purification technologies are based on biocompatible, highly porous polymer beads that can actively remove toxic substances from blood and other bodily fluids by pore capture and surface adsorption. The Company has numerous products under development based upon this unique blood purification technology, protected by 32 issued U.S. patents and multiple applications pending, including HemoDefend™, ContrastSorb, DrugSorb and others. Additional information is available for download on the Company’s websites: http://www.cytosorbents.com and http://www.cytosorb.com.

About Terumo Cardiovascular Group
Terumo Cardiovascular Group manufactures and markets medical devices for cardiac and vascular surgery with an emphasis on cardiopulmonary bypass, intra-operative monitoring and vascular grafting. The company is headquartered in Ann Arbor, Michigan, with manufacturing operations in the U.S., Europe and Asia. It is one of several subsidiaries of Terumo Corporation of Japan that is focused exclusively on cardiac and vascular specialties. For more information, visit www.terumo-cvgroup.com.

About Terumo Corporation
Tokyo-based Terumo Corporation is one of the world’s leading medical device manufacturers with $5 billion in sales and operations in more than 160 countries. Founded in 1921, the company develops, manufactures, and distributes world-class medical devices including products for use in cardiothoracic surgery, interventional procedures and transfusion medicine; the company also manufactures a broad array of syringe and hypodermic needle products for hospital and physician office use. Terumo contributes to society by providing valued products and services to the healthcare market and by responding to the needs of healthcare providers and the people they serve.

Cytosorbents Europe GmbH, headquartered in Berlin, is a wholly owned subsidiary of CytoSorbents Corporation of Monmouth Junction, New Jersey, USA, where the CytoSorb product is manufactured. CytoSorb is the company’s flagship product, backed by more than 30 patent families.

More in the press 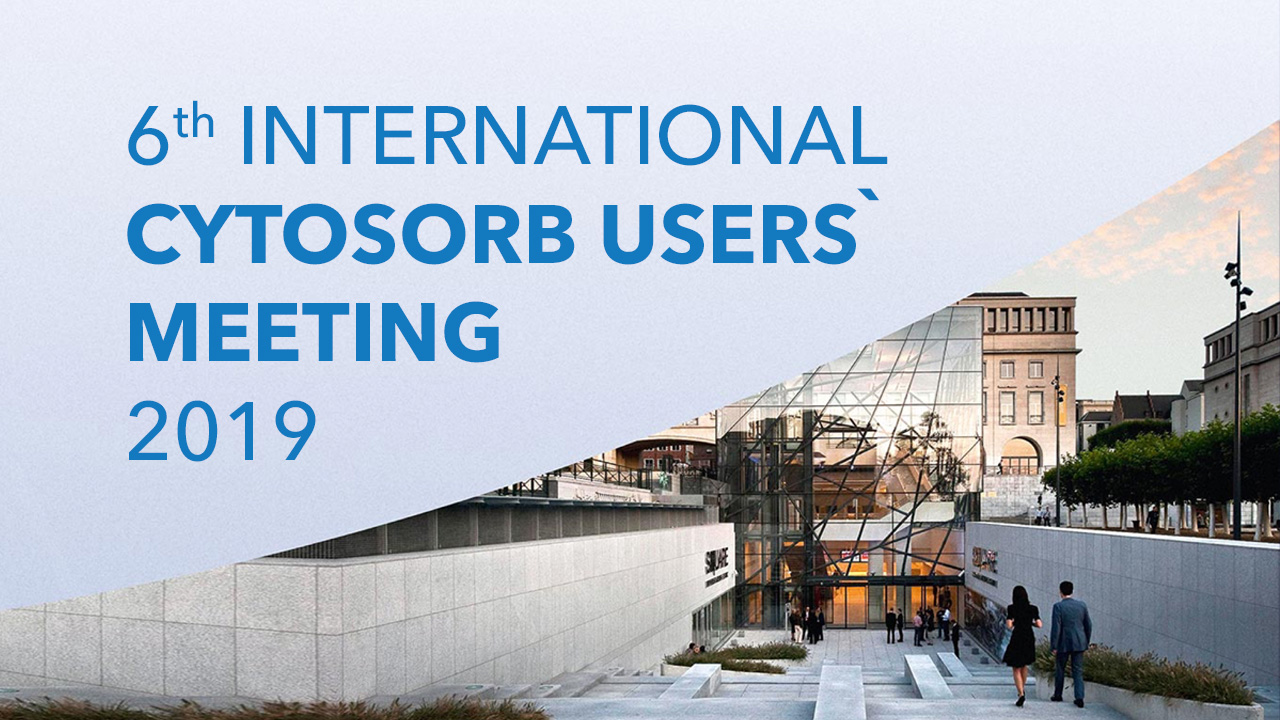