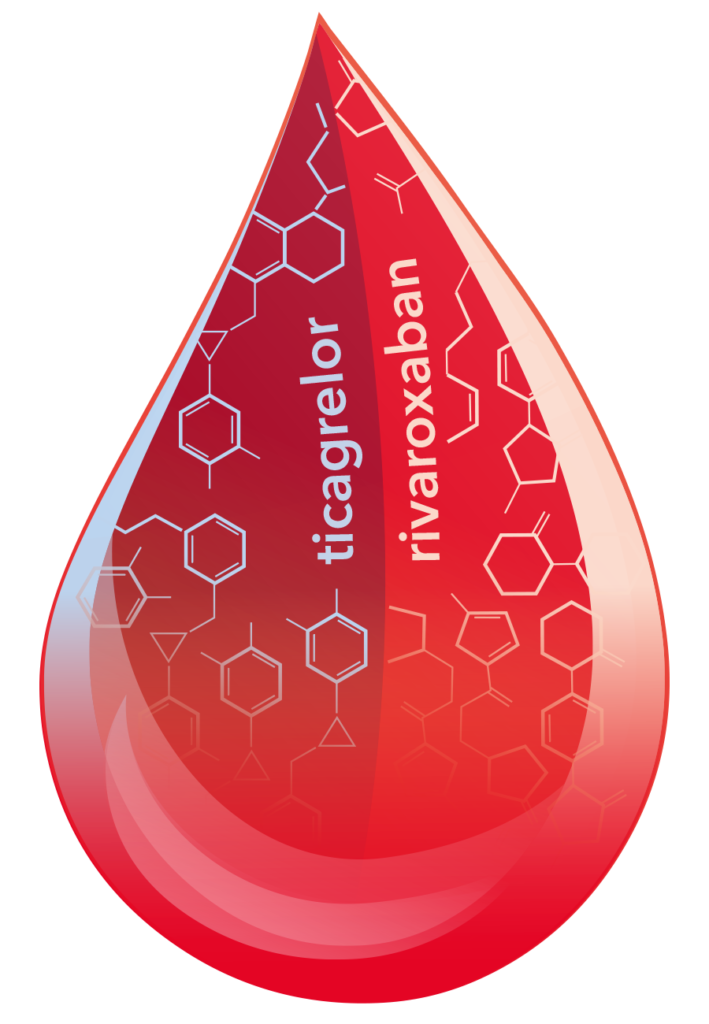 Rivaroxaban, a factor Xa inhibitor, is a non-vitamin K antagonist oral anticoagulant (NOAC) indicated for the prevention of stroke in patients with atrial fibrillation and for prevention or treatment of deep vein thrombosis and pulmonary embolism.

In order to prevent bleeding complications, EACTS/EACTA
Guidelines recommend discontinuation of both drugs prior to cardiac surgery(1):

In case of urgent or emergency surgery with no time to wait,
ticagrelor or rivaroxaban can lead to an increase in peri-operative bleeding. 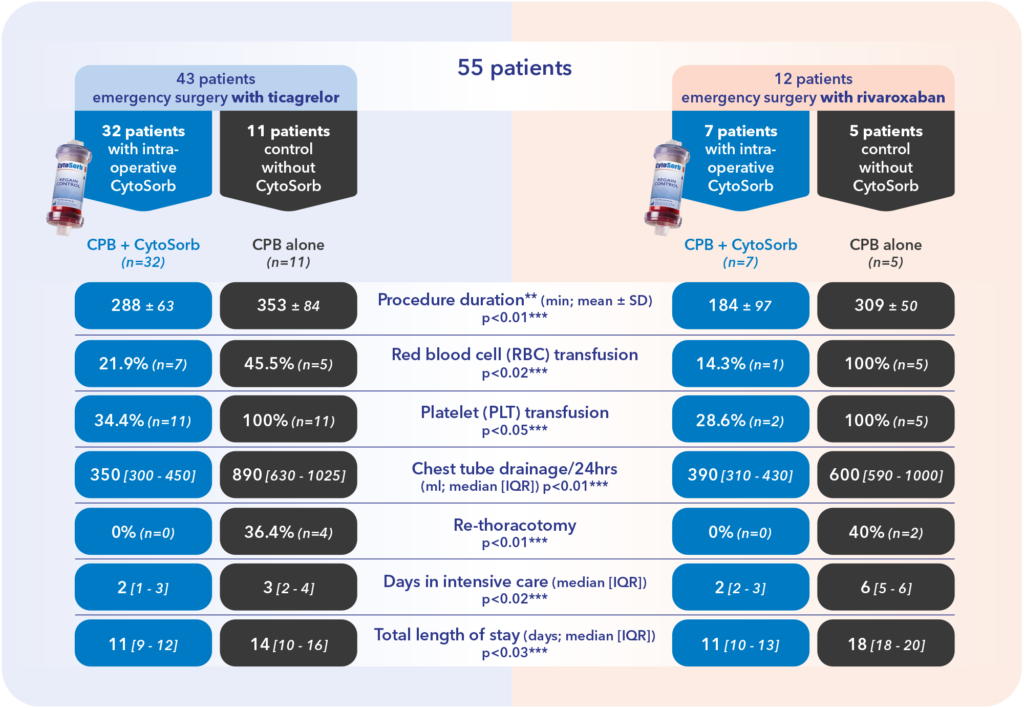 * The CE mark of CytoSorb does not cover removal of any other anti-thrombotic medications.
** Similar CPB/cross clamp time in both groups.
*** P-values reflect significant differences in the means between patients treated with CytoSorb and the control group, irrespective of the drug.

CytoSorb has a high probability of saving costs. (3)

It was calculated from Hassan 2019 study data, that CytoSorb group cost savings derived from: fewer blood product transfusions and re-thoracotomies, and shorter stay in the critical care unit / hospital than the control group.

“The intraoperative use of the CytoSorb hemoadsorption in patients with ticagrelor or rivaroxaban treatment undergoing emergency open-heart operations is a safe and effective method to reduce bleeding complications and to improve the postoperative outcome.” (2)

“We recommend the use of CytoSorb adsorption for safety in patients undergoing emergency cardiac surgery and medication with ticagrelor or rivaroxaban.“ (2)

This study included 55 consecutive patients undergoing emergency open-heart operations who were at high risk of bleeding due to prior treatment with anti-thrombotic medications (43 patients on ticagrelor, 12 on rivaroxaban). In 39 of 55 cases, CytoSorb adsorption was installed into the cardiopulmonary bypass. Bleeding complications during and after surgery were analyzed in detail and compared to the 16 patients without CytoSorb (11 patients on ticagrelor, 5 on rivaroxaban). 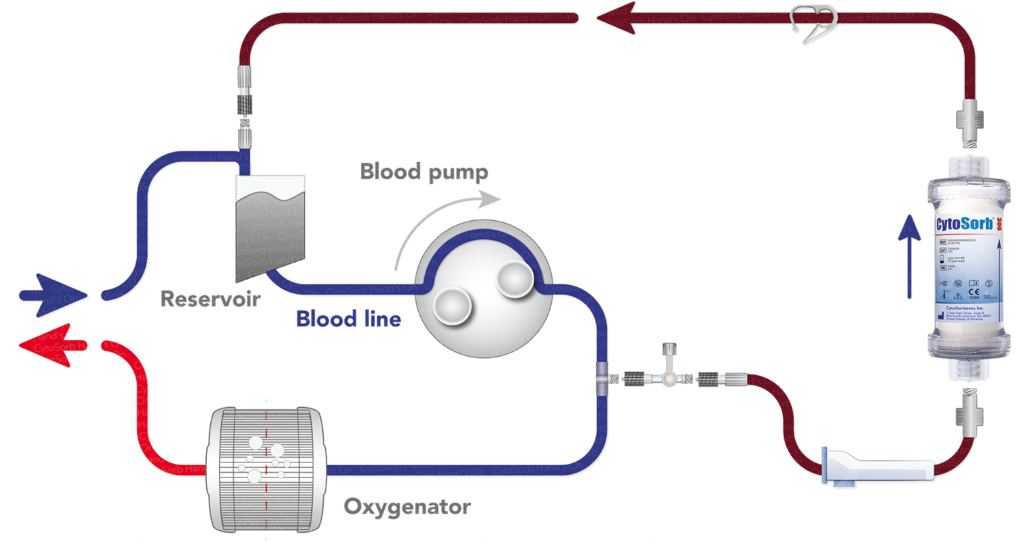 Visit our Literature Database for an overview of all references